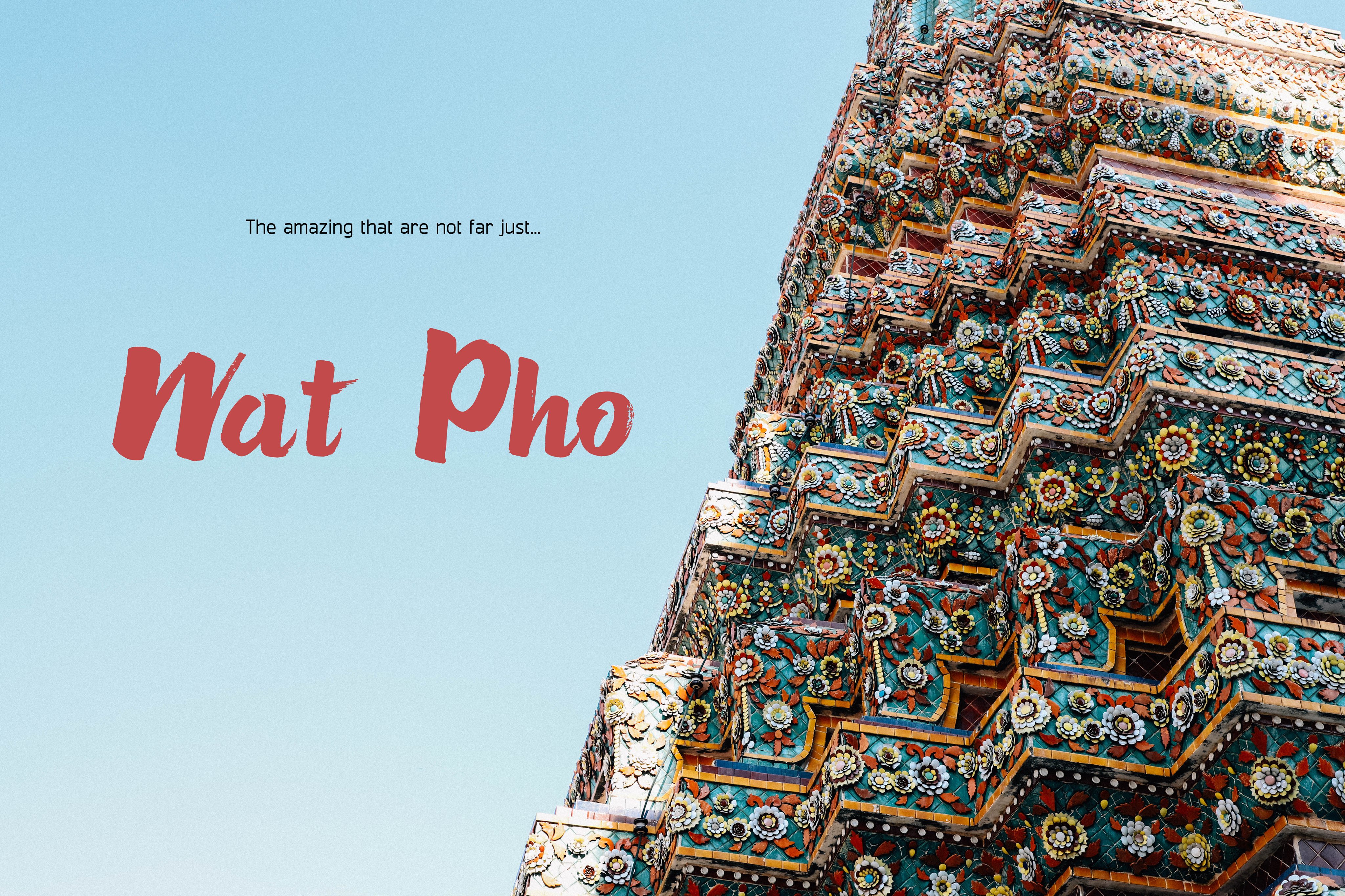 Wat Pho or Wat Phra Chetuphon was ranked the world’s 17th most popular tourist attraction and 3rd in Asia by TripAdvisor in 2018.

Wat Pho was built during the reign of King Rama 1 (Phra Phutthayotfa Chulalok). This temple complex boasts one-of-a-kind architecture and houses the famous reclining Buddha (the 3rd largest reclining Buddha statue in Thailand) which attracts travellers from all over the world. It is such an iconic landmark that one can say you haven’t really been to Thailand if you haven’t been to Wat Pho. 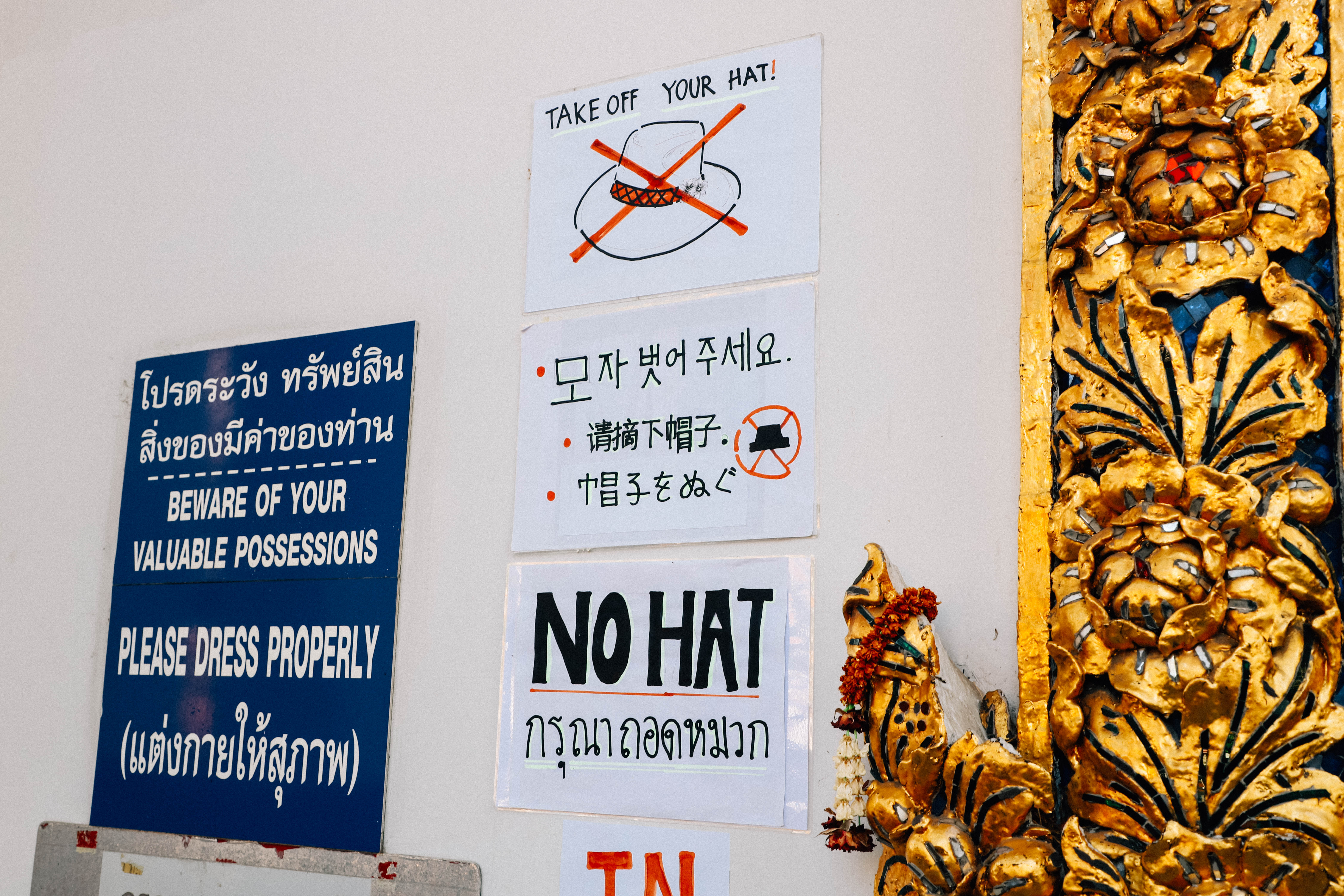 The temple is open daily from 08:00 AM - 06:30 PM and the entrance fee is 200 baht. There is a strict dress code inside the hall of the Reclining Buddha and the bots (chapels). Women should not wear shorts above the knees and hats should not be worn for both men and women. 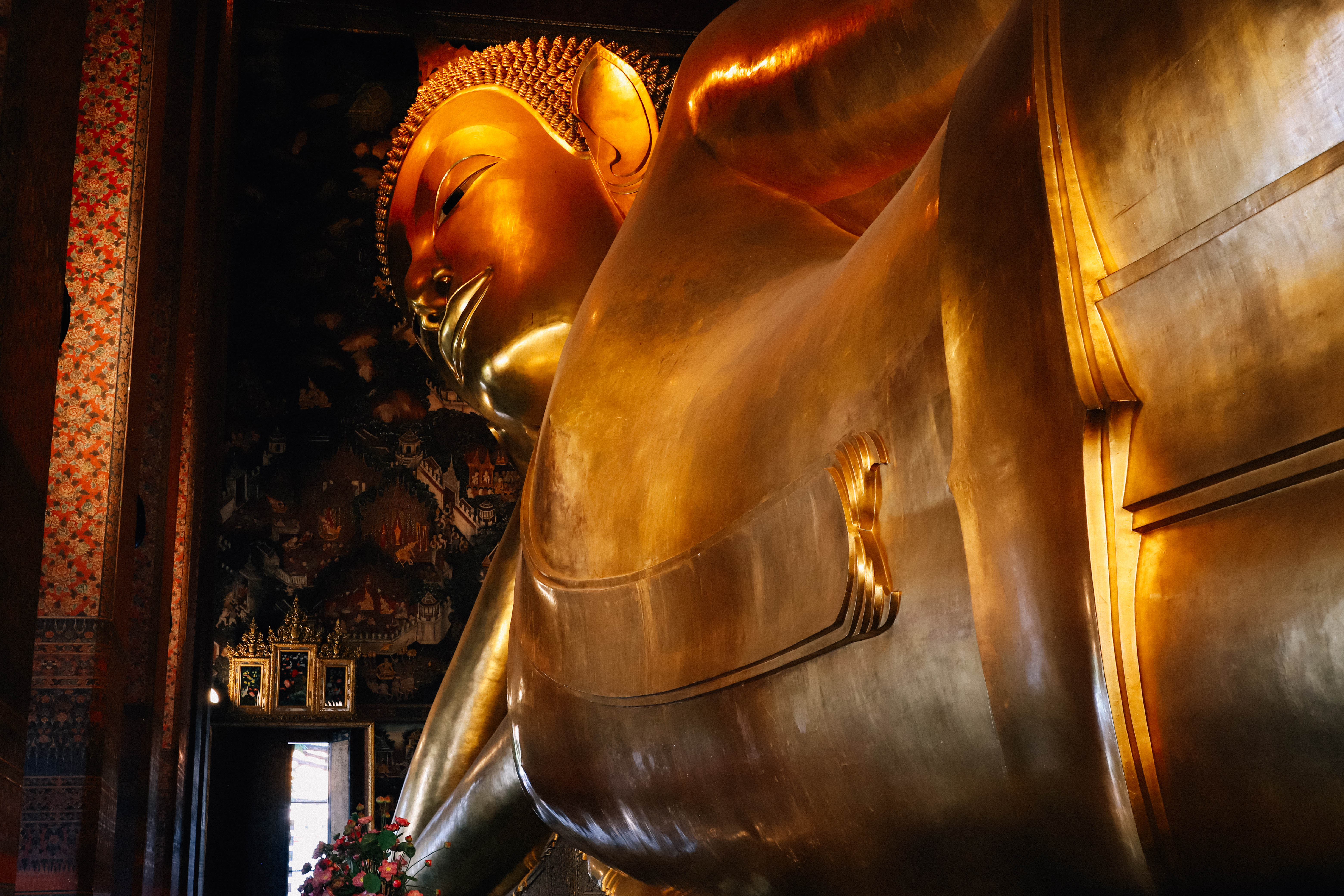 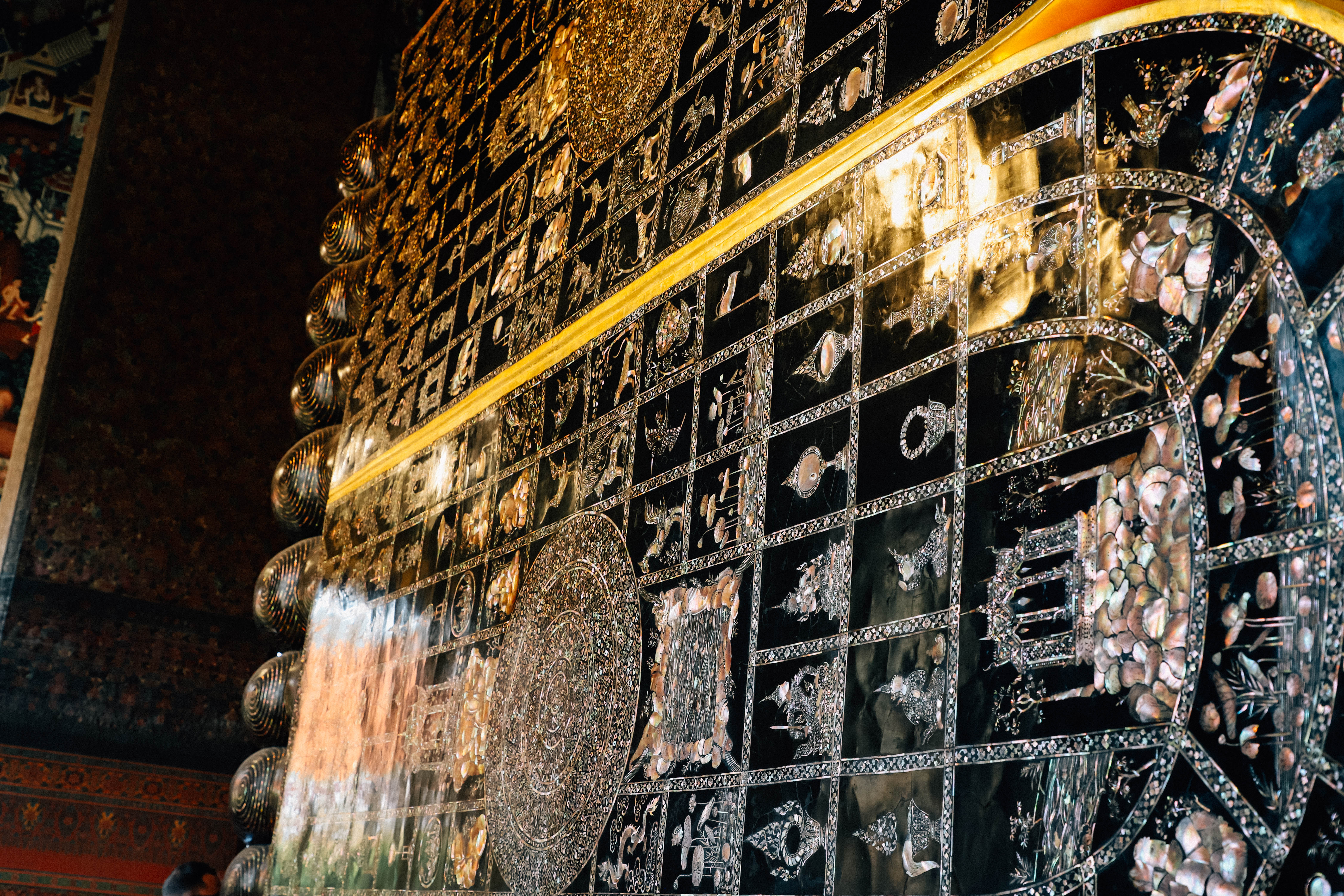 The reclining Buddha measures at 46 meters in length and 15 meters in height. It is made with brick and stucco and covered with gold leaves. The soles of the feet are inlaid with mother-of-pearl, with images of 108 benedictory signs (or 108 auspicious signs according to beliefs of Hinduism and Buddhism). 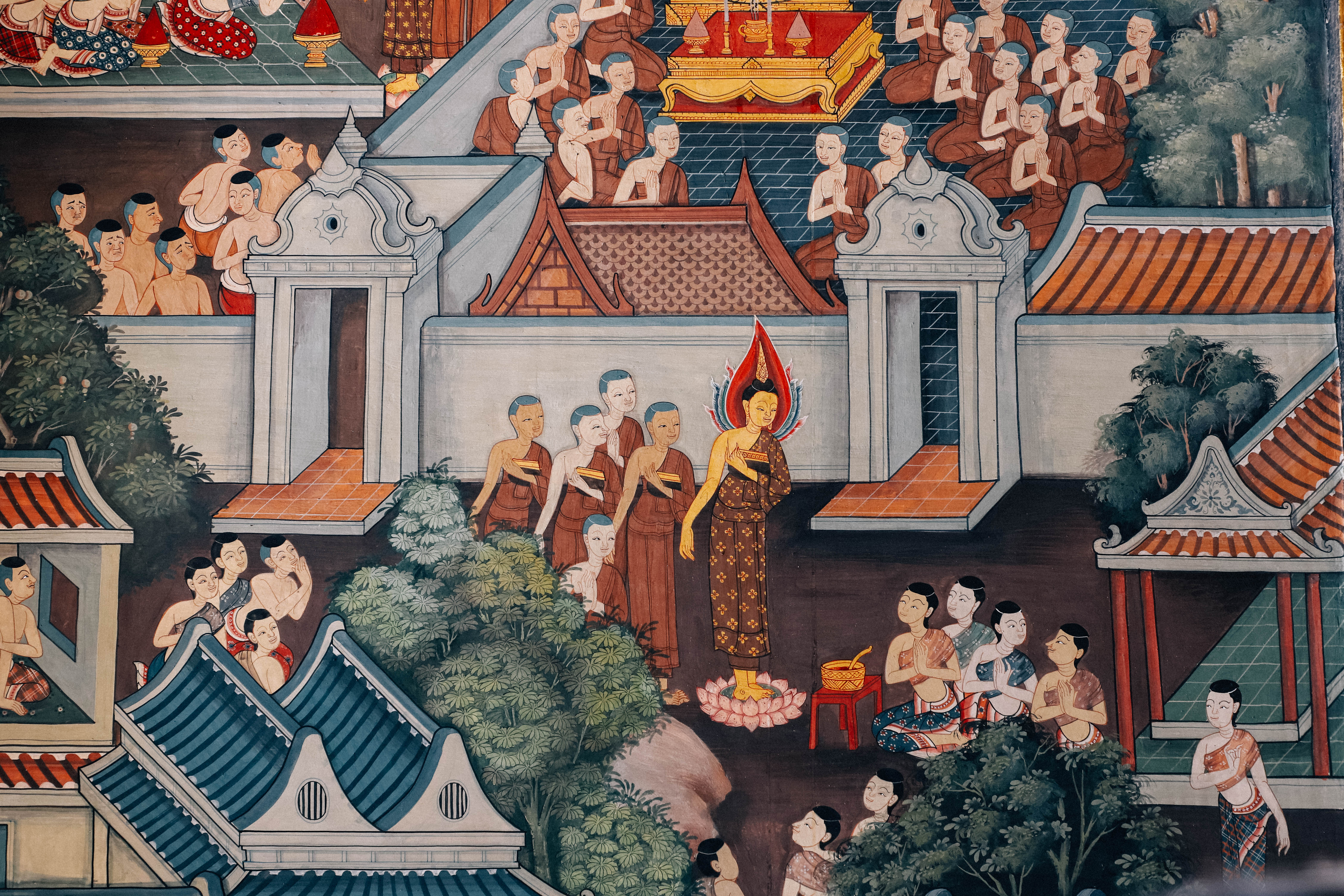 Not to be missed is the wall painting of the hall of the Reclining Buddha. The painting showcases the ways of life in the old days, which are centered around religion, traditions, art and culture. It is considered an important source of knowledge and an art heritage for Thai history. Flash photography is prohibited on the wall painting and photography is not allowed in some parts of the building. Look out for the signs before taking pictures. 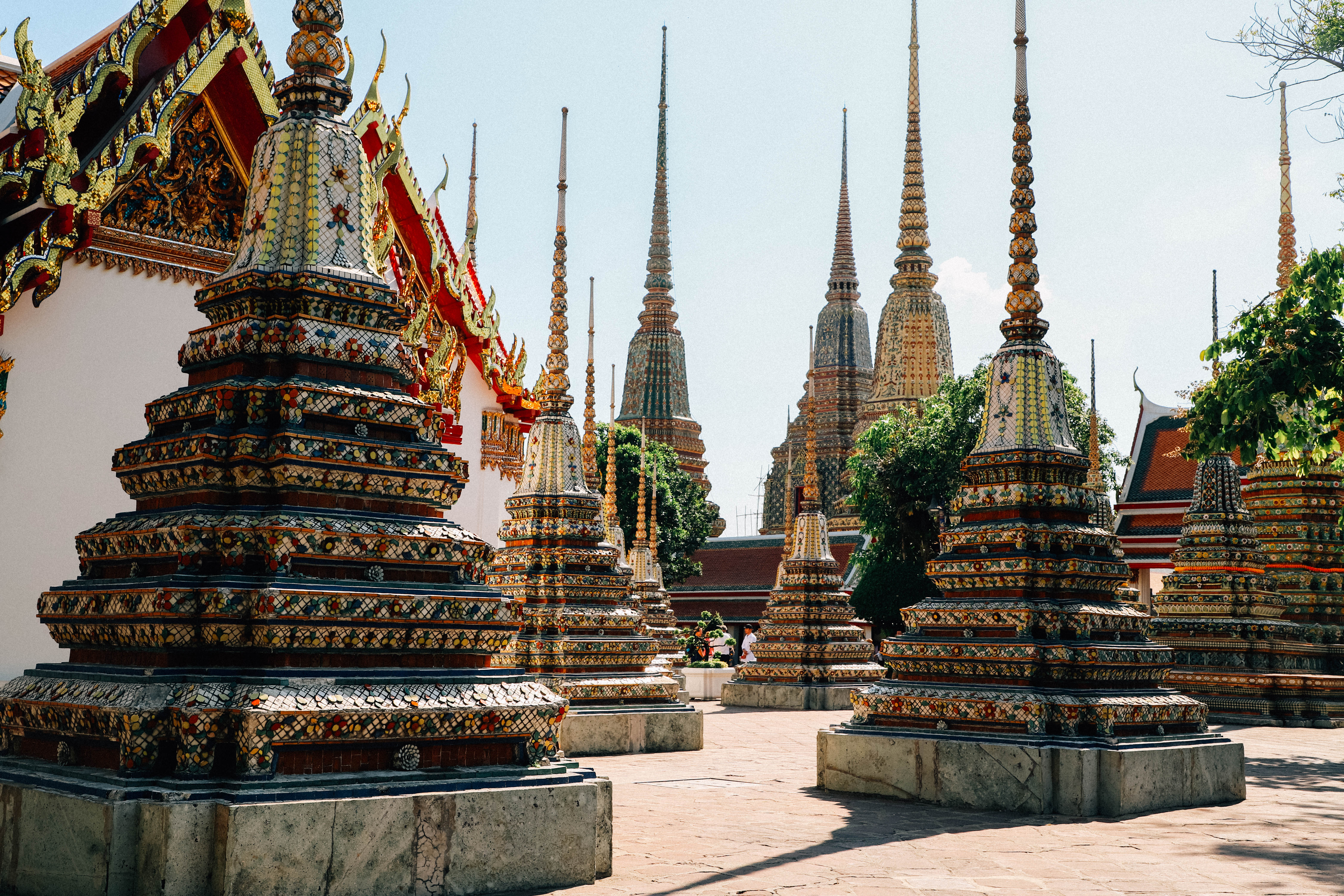 Wat Pho complex houses the largest collection of pagodas in Thailand, with a total of 99 pagodas. 4 large pagodas in the original site of Wat Pho were built to honor the first 4 kings of the current Chakri Dynasty. The remaining 95 pagodas are spread out in the main chapel area.

These pagodas make an impressive backdrop for photos and are a big hit among all the travelers. Don’t forget to pick your favorite corner and take a few snaps to bring your memories back home with you! 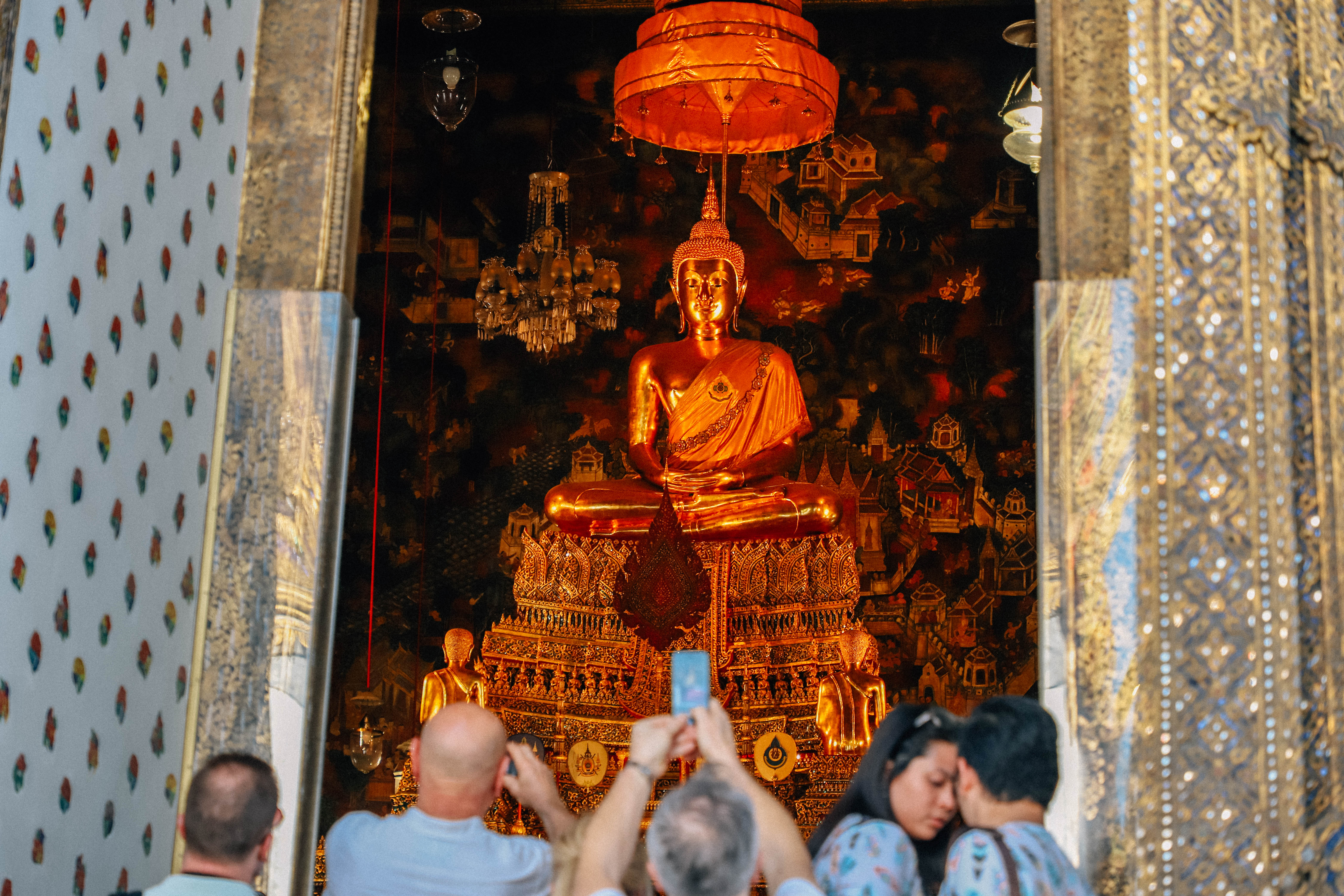 Another must-see attraction in Wat Pho is the Buddha Statue inside the main chapel, depicting Phra Phuttha Theira Patimakon” which literally translates to “built by angels”. The statue was built during Ayutthaya period and was moved from Wat Khuhasawan by King Rama l.

Sitting inside the chapel, you will get to take in the beautiful architecture amidst the calm and serene atmosphere. Refrain from making loud noises. Photography is not allowed inside the chapel but you can capture the shots through the chapel entrance from outside. 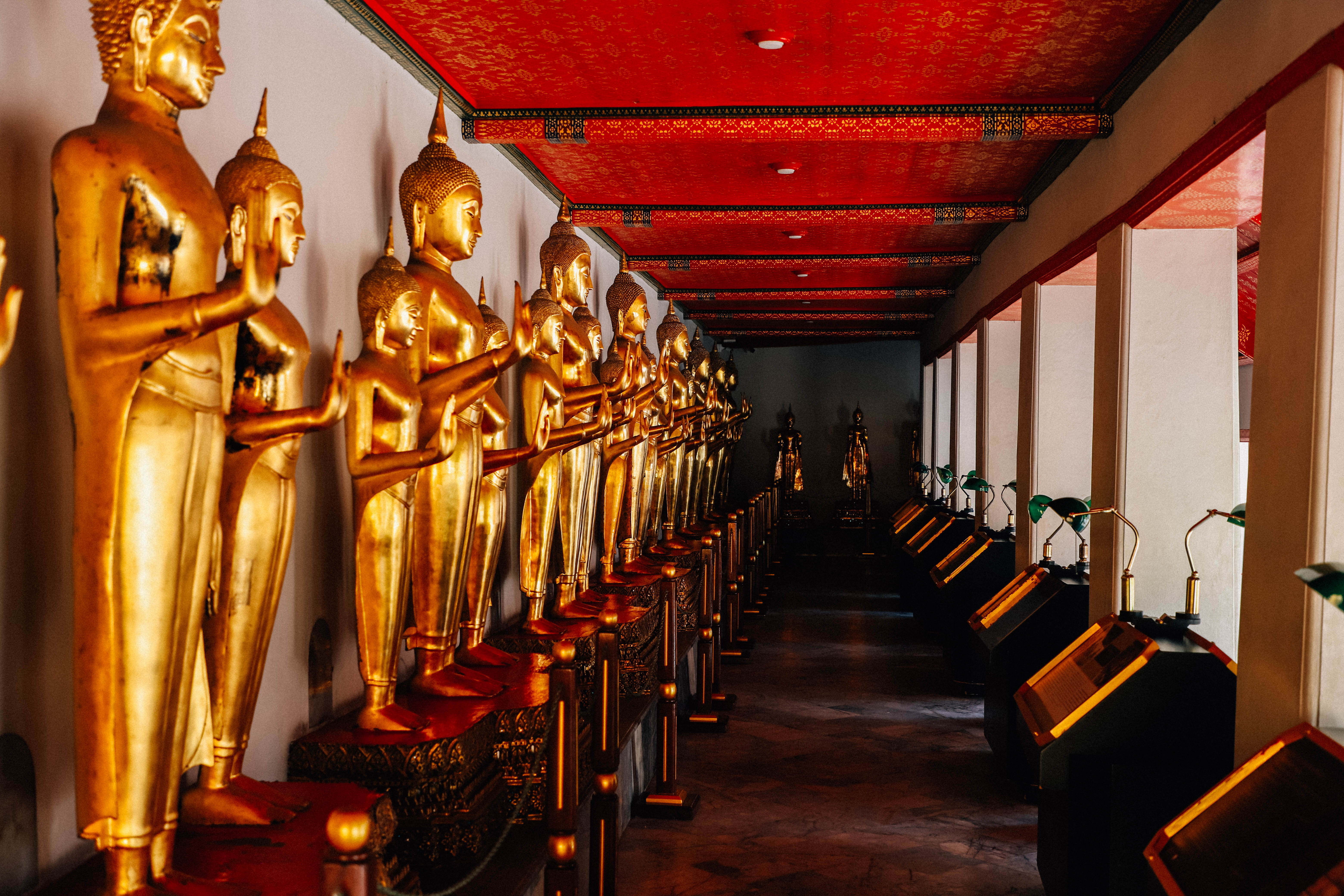 As you make your way out of the main chapel, you will also encounter a large collection Buddha images and inscriptions on display, gathered and built by King Rama I as a center of public education. As such, Wat Pho is often considered the country’s earliest university. 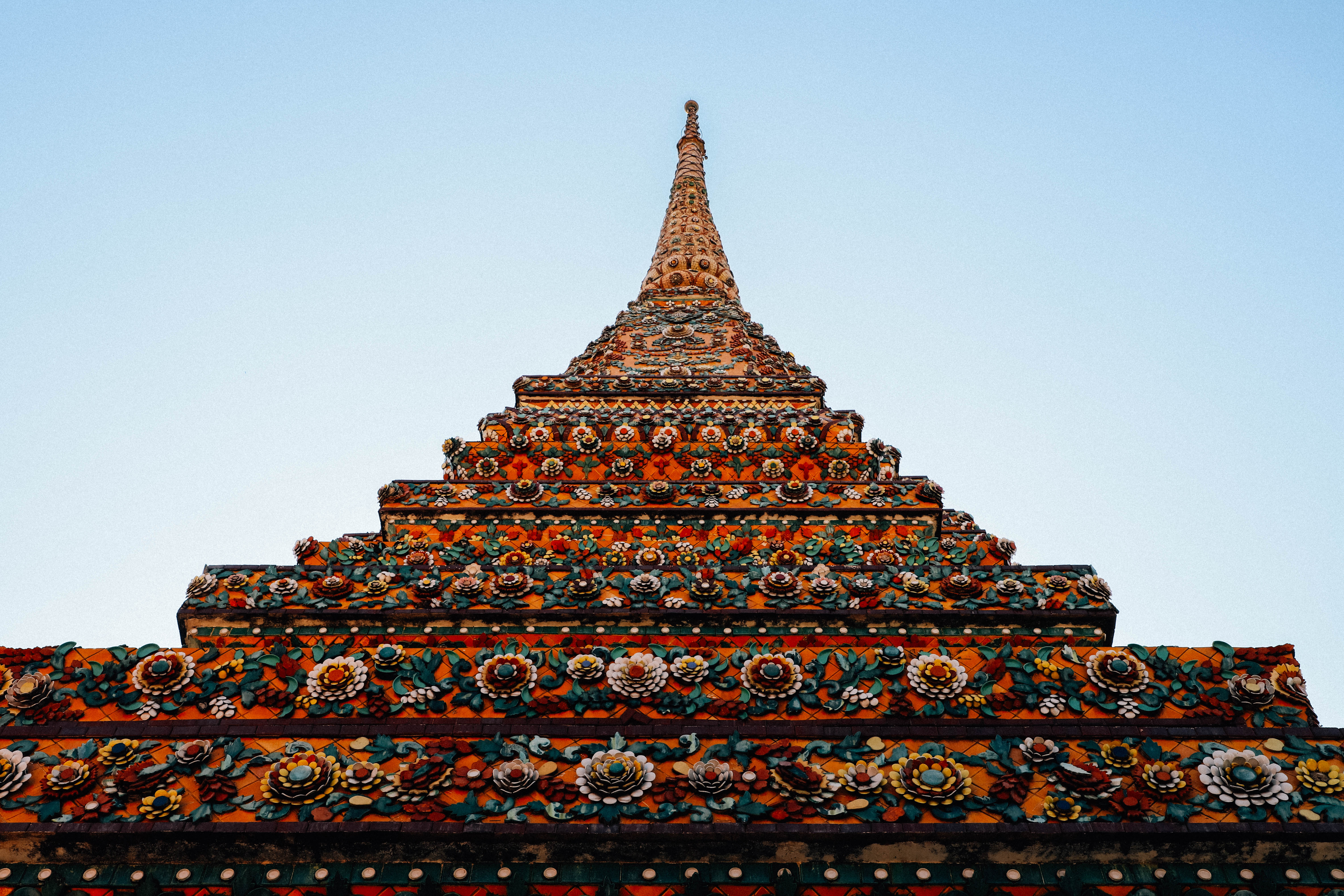 The last must-see attraction is the 4 main pagodas (Phra Maha Chedi Si Ratchakan) which are the commemoration of King Rama I - IV of the Chakri Dynasty. They are decorated with mosaic tiles, each one unique and equally exquisite.