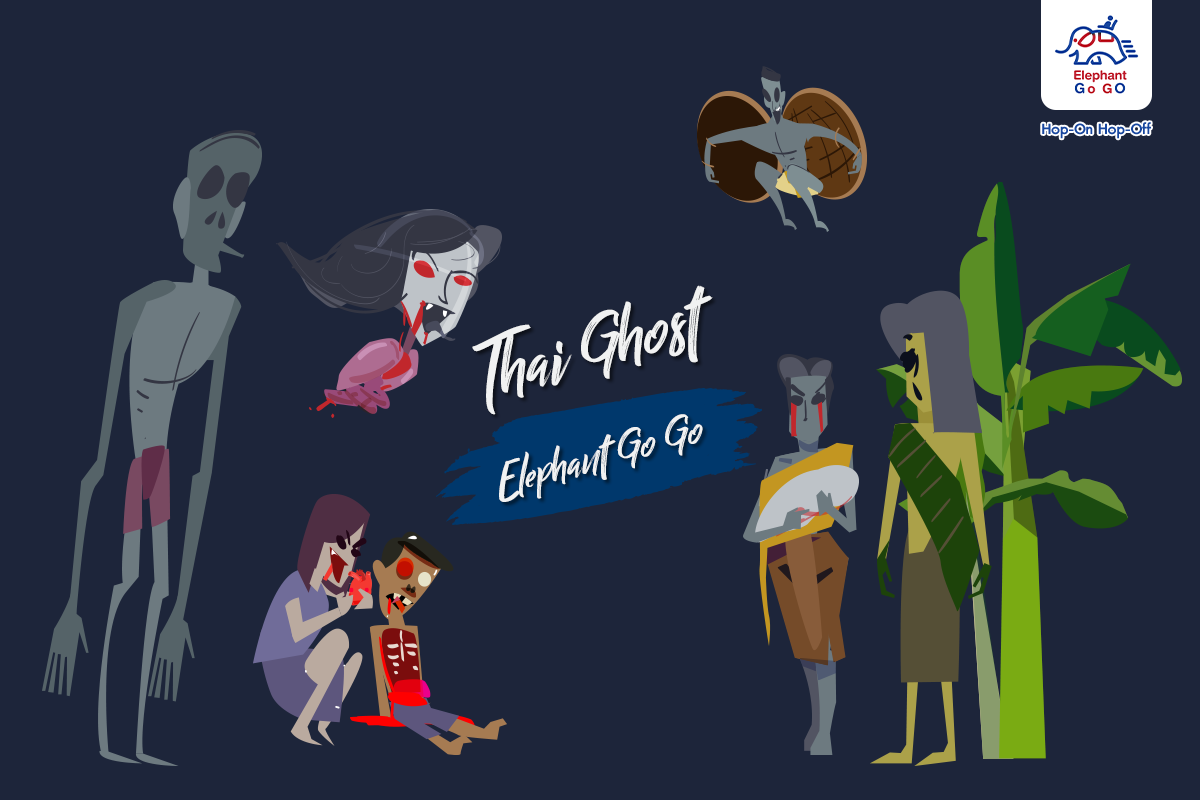 Although Halloween is not traditionally Thai but if you happen to find yourself in Thailand during Halloween, you will surely see a lot of people dressing up as Thai ghosts for the parties. Today, Elephant Go Go has put together a list of Thai ghosts for you to get acquainted to before your Thai Halloween parties! 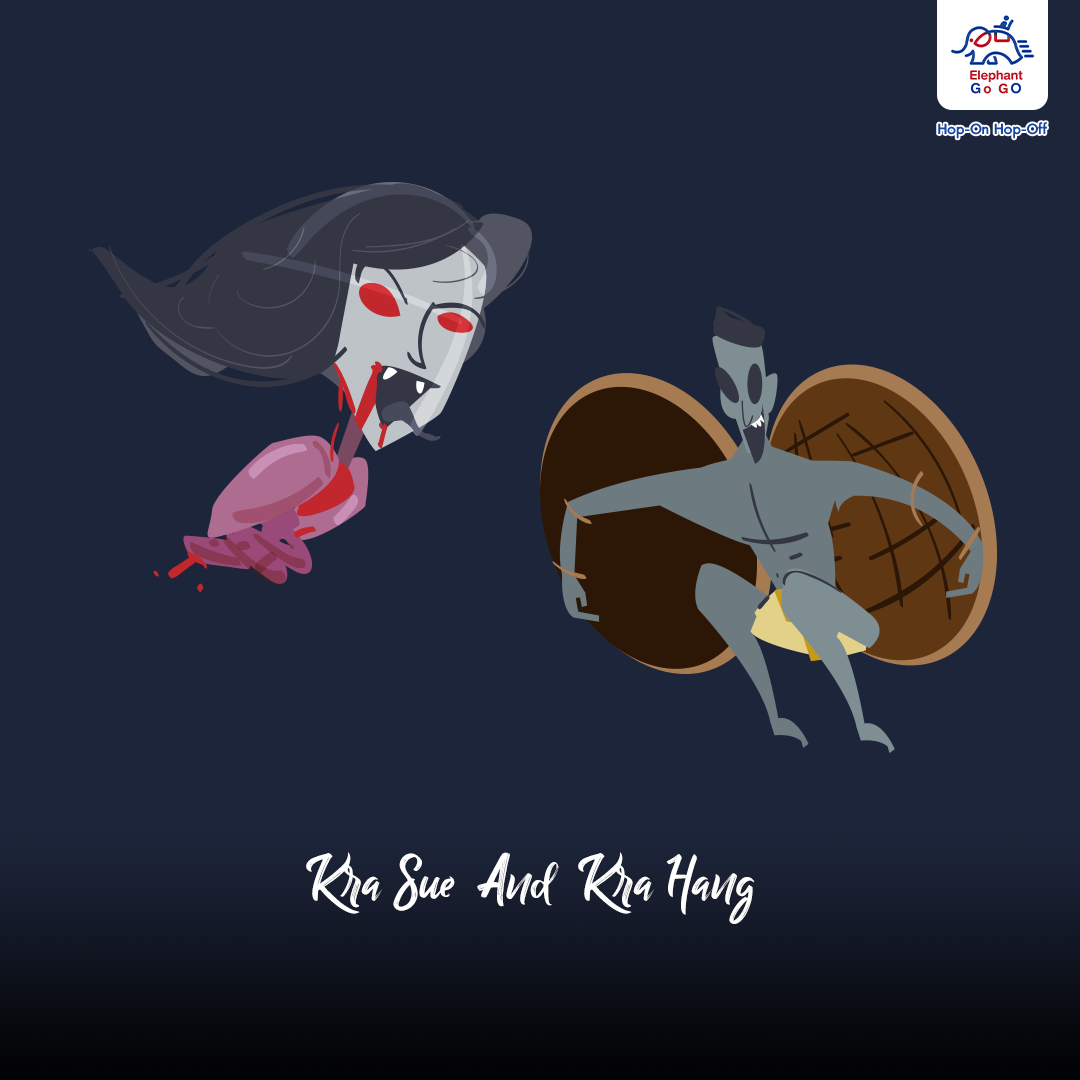 Kra Sue and Kra Hang probably have the most unique appearances. Kra Sue is a female ghost and it is believed that its head and internal organs can be removed from the body and it often floats in air. You can spot one from the blinking light inside its internal organ while it hunts for food at night.

Kra Hang is a male ghost and the difference is that Kra Hang flies using large threshing baskets as wings and a large pestle as a rudder to control the movements.

It is believed that Kra Sue and Kra Hang feed on rotten meat and flesh at night. Thai elderlies use the story of these two ghosts as a strategy to get the children to go to bed early. 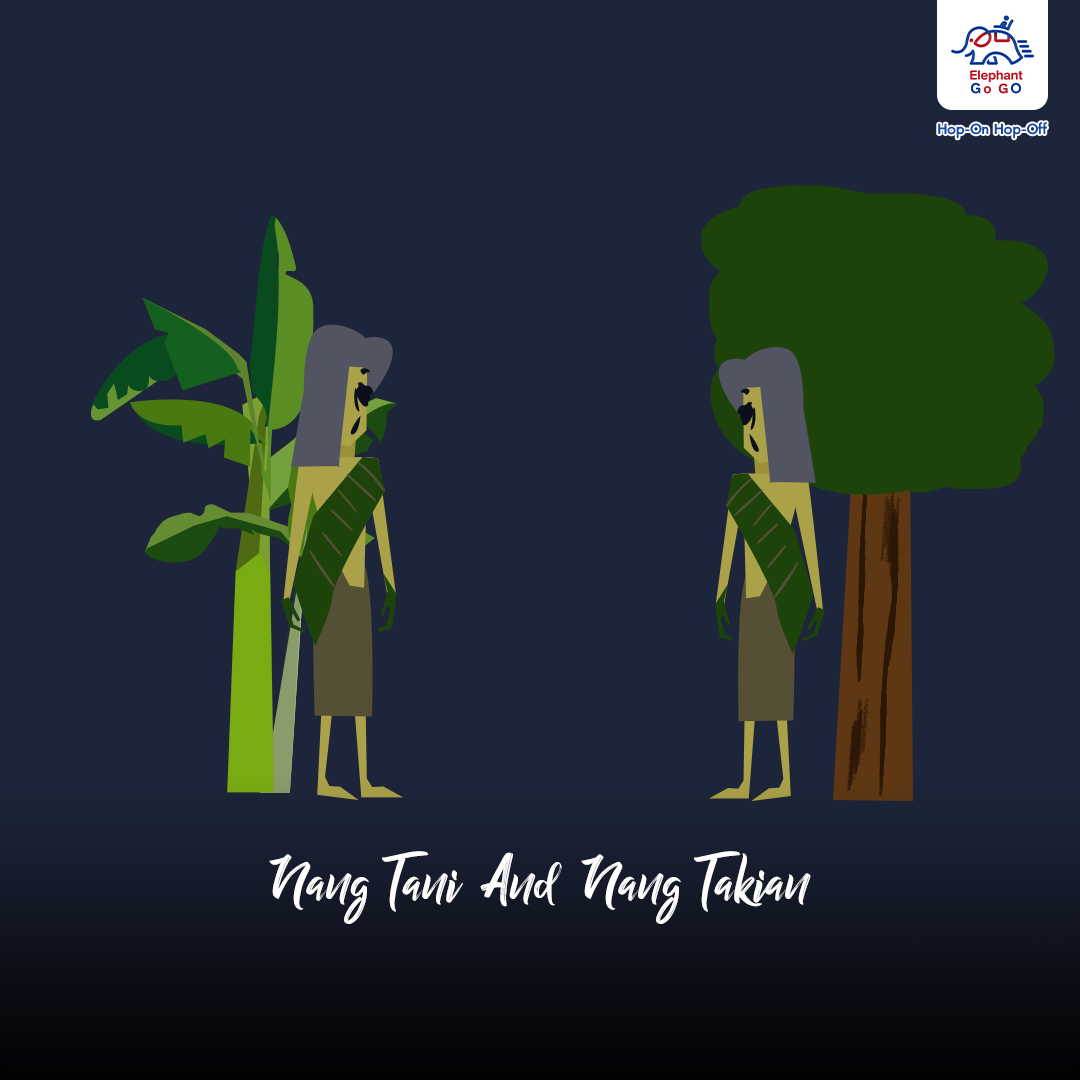 Thais are animists and often believe that objects, places and creatures possess a spiritual essence.

Nang Tani is a female spirit that lives inside a banana tree. The spirit is often portrayed as a traditional Thai woman, dressed in a traditional Thai costume with a green coloured Sabai (silk wrap around garment), similar to the color of the banana leaf.

Similar to Nang Tani, Nang Takian lives inside Takian trees.  Nang Takian is supposed to protect the area around the tree in which it lives in. Nang Takian is also dressed in a traditional Thai costume with Sabai. 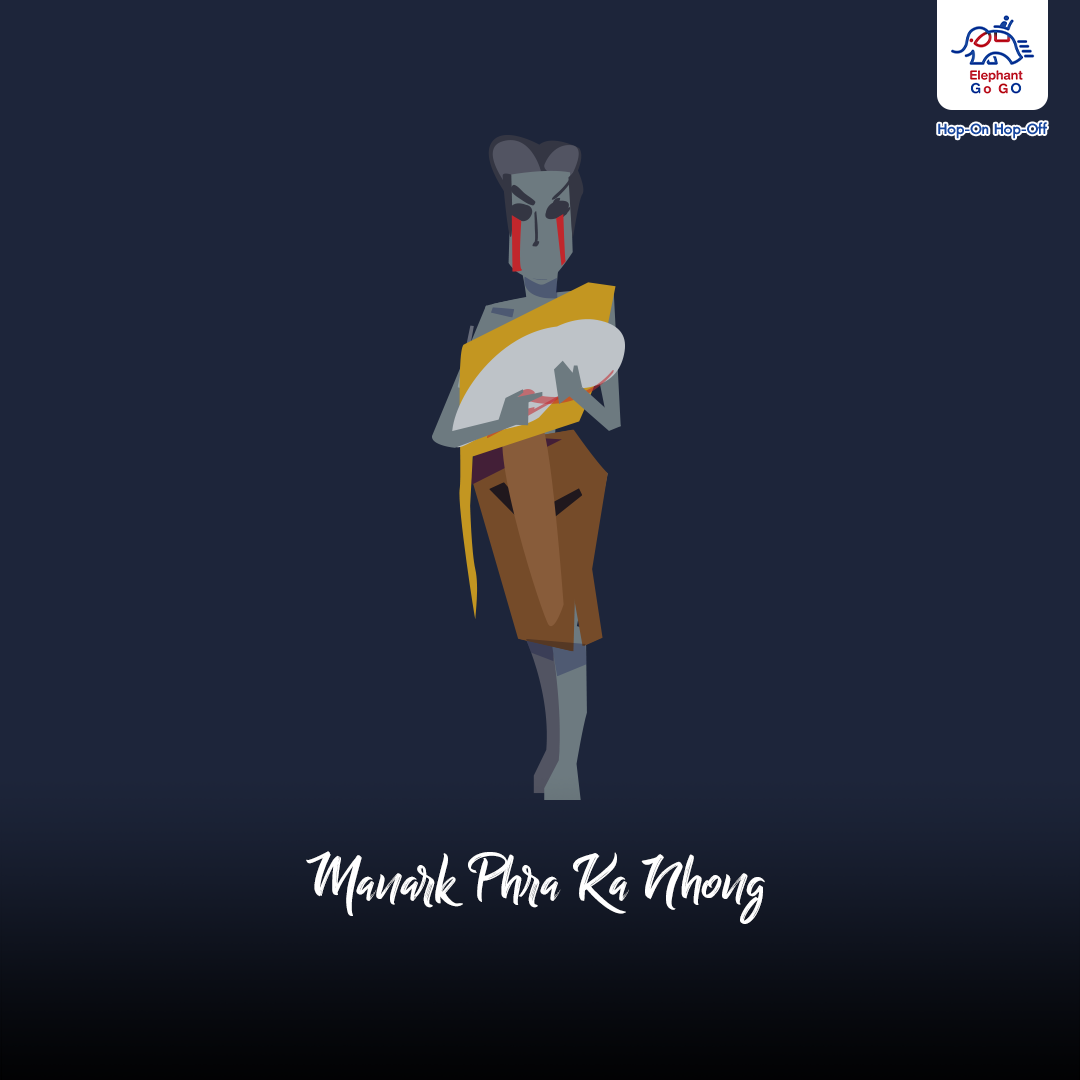 Manark Phra Ka Nhong is one of the most famous spirits in Thailand and the story has been made into movies and films multiple times. The legend has it that there was a pregnant woman, waiting for her husband to come back from the war. When the husband returned home, he found his wife with the new born child and they continued living a happy life together. Until one day, he found out that his wife passed away while giving birth to his son but because of her love for him, the spirit remained waiting for the husband.

There is also a Manark Shrine at Mahabut in Bangkok. 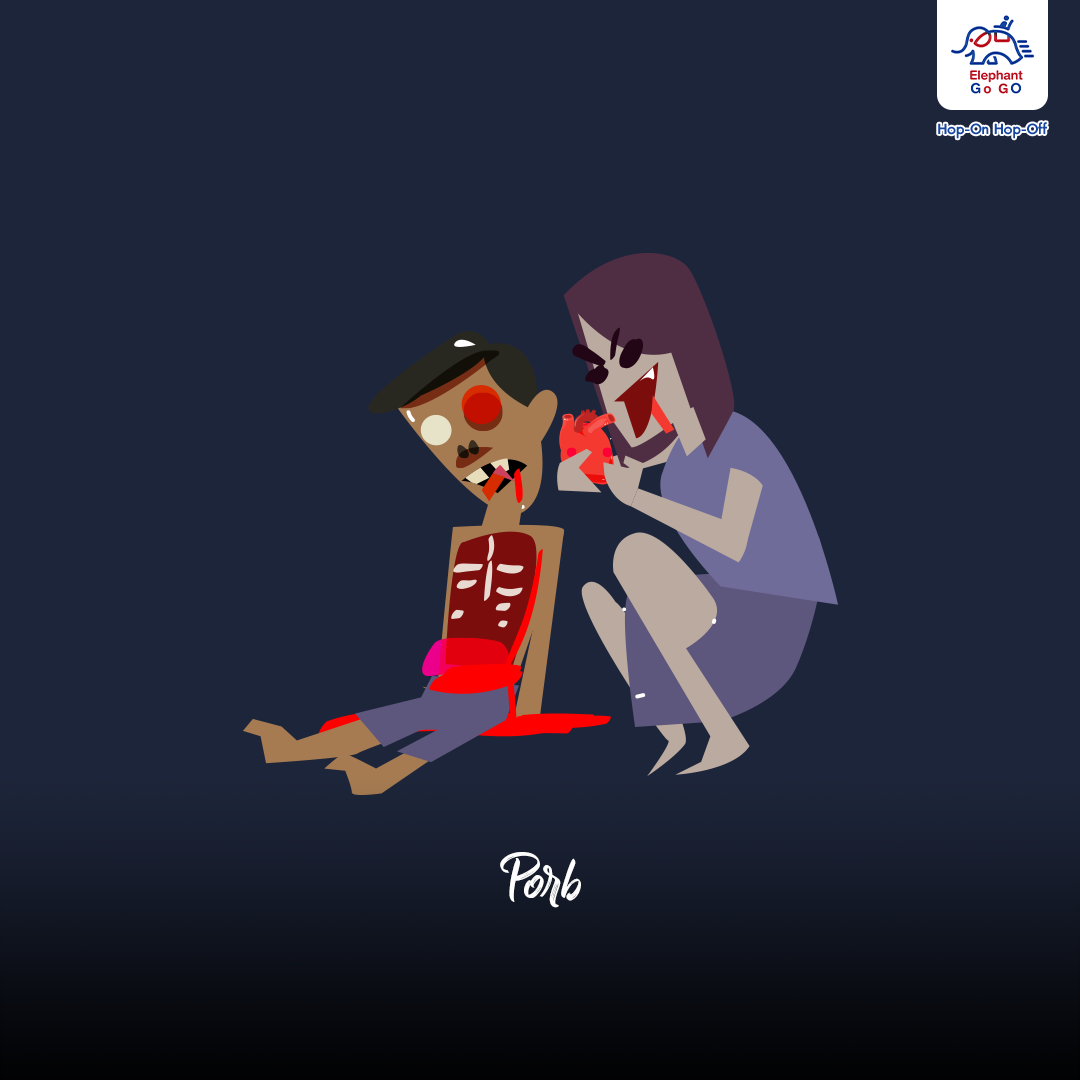 Porb originates from the North Eastern part of Thailand and it feasts on raw meat or animals. It is similar to the western concept of Zombie.  However, Porb is now often viewed in a humorous way due to the hugely popular Thai movie, Baan Phi Porb which had a total of 14 sequels. The comedy portrayed Porb as a funny creature. 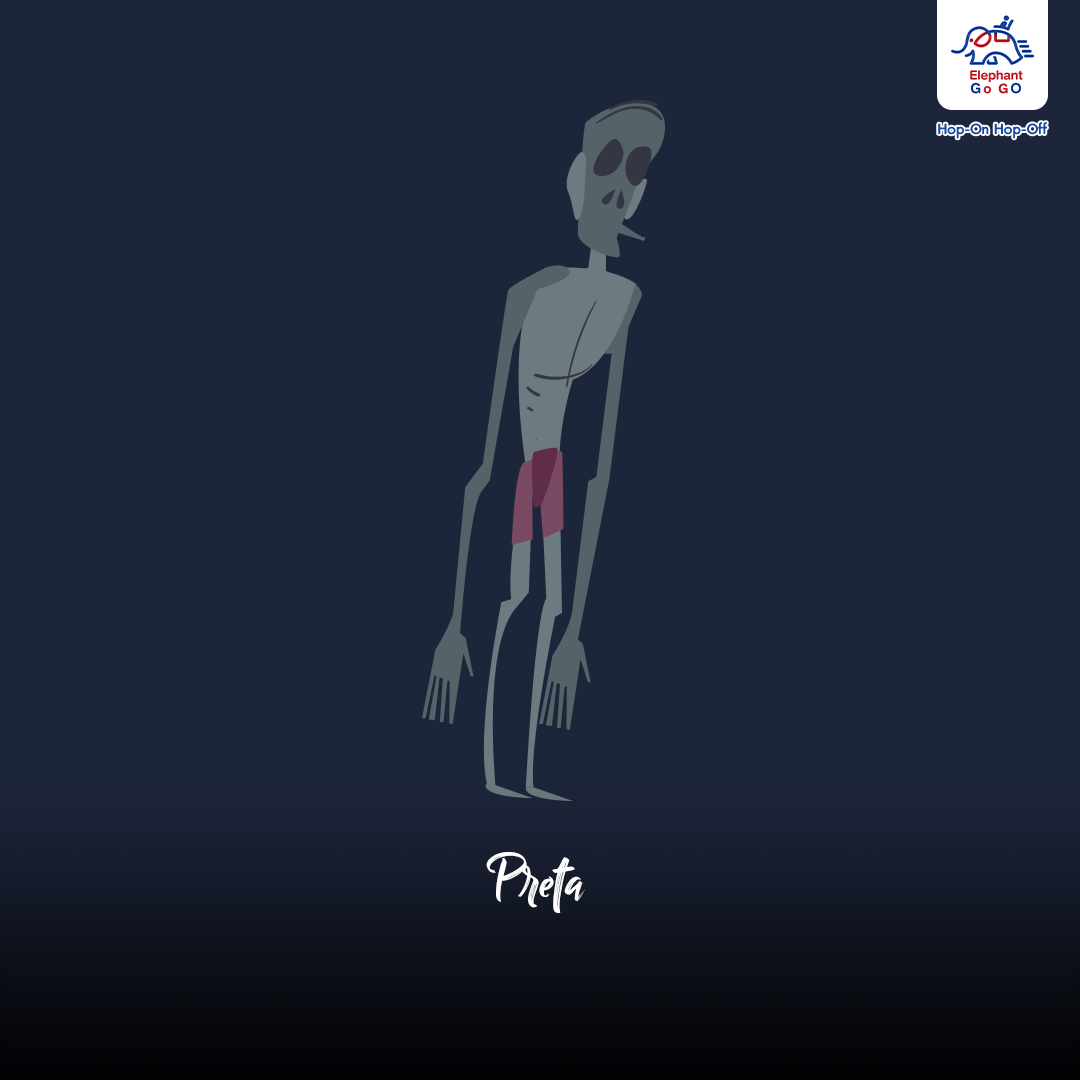 Preta is the lowest class of spirit with disturbing appearances. It is believed Preta are spirits which have done a lot of bad Karma in previous lives, thus reincarnated as Preta after death.

Preta is abnormally thin and tall with extremely long and large hands. It also has a needle thin mouth, signifying its inability to eat and thus, suffers from hunger. 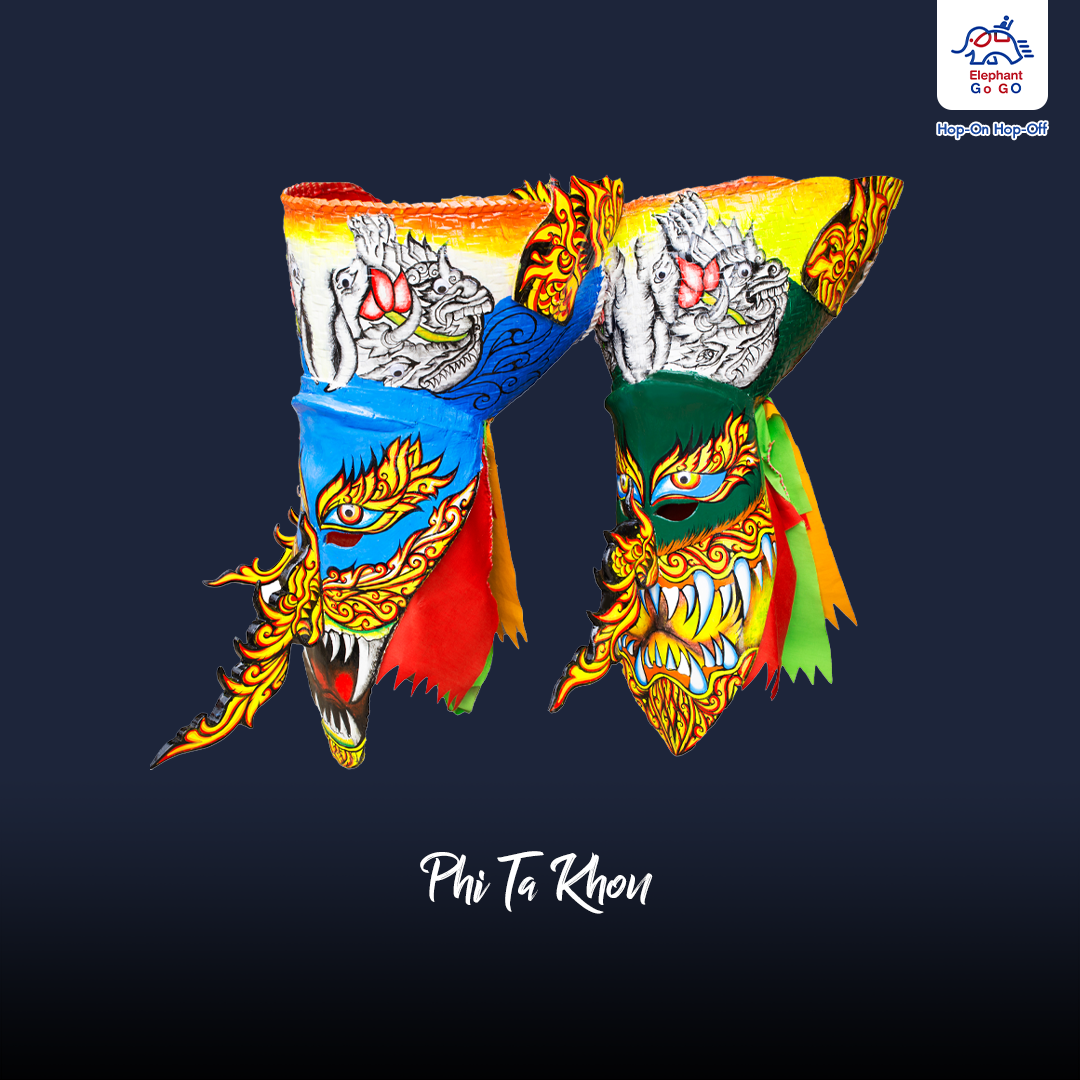 The most similar festival to Halloween is probably Phi Ta Khon festival in Loei province.

Phi Ta Khon is the name of the spirit that comes to beg for food. People participating in the festival often dress up with scary looking masks and wrap their bodies with old cloths.

Phi Ta Khon festival is held every year at Amphoe Daansai in Loei province. Both children and adults dress up as Phi Ta Khon and have fun dancing and ‘tricking’ each other.